JavaScript functions. Why they are called as first class citizens or functions? 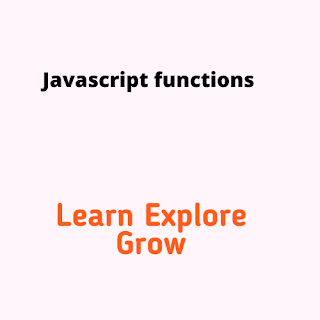 These are the notes taken from the famous javascript course Namaste Javascript. If you are  not getting any point do watch the course. I was creating this for my personal study but later thought that it might also help others.

Different ways to define a function in javascript:

The difference between these 2 types(Function statement and Function Expression) is hoisting.

Function statement can be called above its declaration while in the case of function expression it should be called after declaration else it will throw an error.

Function without a name and it does not have its own identity as if you run it like this it will give an error. It is used where functions are used as values i.e we can assign them to a variable so that become function expressions.
d)Name Function Expression:

It is just like a function expression but it has a function name also.

But if you call abc() then it will give an error.

Because javascript stores this abc as a variable and not a function.

So it should be called only as c();

Why first-class functions in javascript?

Here we have passed function as an argument.

This function abc returns a function that is stored in variable c.